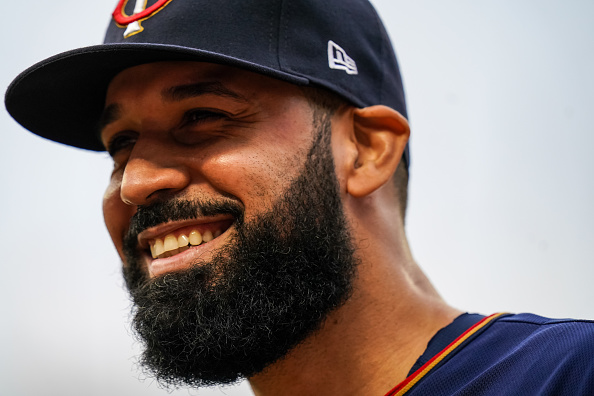 The Red Sox have officially signed veteran utilityman Marwin Gonzalez to a one-year contract for the 2021 season, the team announced Wednesday evening.

In order to make room for Gonzalez on their 40-man roster, Boston also designated right-hander Marcus Walden for assignment.

Gonzalez and the Red Sox originally agreed to a one-year pact for 2021 a little less than two weeks ago.

According to MassLive.com’s Chris Cotillo, Gonzalez — who turns 32 in March — will earn a base salary of $3 million this year with the chance to earn up to $1.1 million in additional performance bonuses. There is no player, club, or dual option for a potential second year.

The Venezuelan switch-hitter had spent the last two seasons with the Twins and put up a .248/.311/.387 slash line to go along with 20 home runs and 77 RBI over 167 total games played. He also saw time at every defensive position besides center field in his time with Minnesota.

That versatile aspect of Gonzalez’s game will surely carry over to Boston as well, as the 6-foot-1, 205 pounder could line up to play both corner outfield spots while also serving as a left-handed complement to the right-handed hitting Bobby Dalbec at first base when needed.

With the additions of Gonzalez and Enrique Hernandez, both of whom are already familiar with Red Sox manager Alex Cora, the Sox have put themselves in a position where they are set up to a bevy of lineup combinations and defensive platoons depending on who they are going up against on a given day.

As for Walden, the move to designate him for assignment comes more than four years after he initially signed a minor-league deal with the Red Sox in December 2016.

Since then, the 32-year-old reliever has proven to be effective at the major-league level for an extended period of time.

Coming off that successful campaign — his first full one in the majors — the California native figured to play an important role for the Sox in 2020, but he floundered to the tune of a disastrous 9.45 ERA and 8.59 FIP over 15 outings spanning 13 1/3 innings pitched in two separate big-league stints last year.

Even with a poor, truncated 2020 coming on the heels of a successful, full 2019, Walden’s leash appeared to be short as he is now without a 40-man roster spot for the time being.

The Sox will have seven days to either trade Walden, release him, or sneak him through waivers unless he is claimed by another club first.

With this transaction made, Boston’s 40-man roster remains at full capacity, which means more moves will need to be made in order to accommodate the likes of catcher Kevin Plawecki and outfielder Franchy Cordero, both of whom remain on the team’s COVID-19 related injured list.