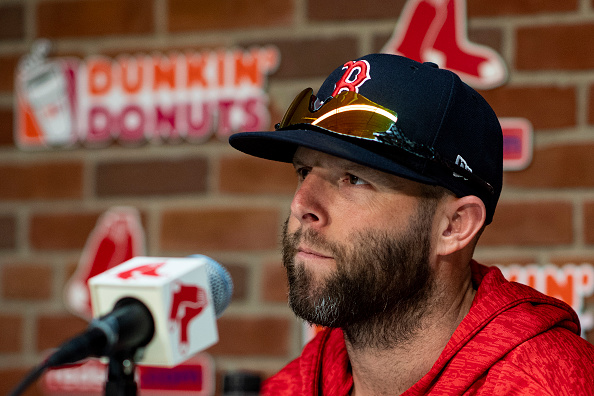 More than 12 months before announcing his retirement from baseball on Monday after spending 17 years with the Red Sox, Dustin Pedroia was preparing for the 2020 regular season.

The longtime second baseman was limited to just six games in 2019 and had undergone a successful left knee joint preservation procedure — his third knee surgery since October 2017 — that August in Colorado.

“Last January, going into [the 2020 season],  I was still working out, still trying to get ready to come back and play. And I woke up one morning and my knee was huge,” Pedroia told reporters via Zoom earlier Monday. “I went and saw the doctors and it looked like an explosion went off in there. So, I was told that I needed to get a partial knee replacement.”

Given the logistics that go into a procedure of that magnitude, it took quite a bit of time for Pedroia — with the Red Sox helping him research which doctor would be best to perform the operation — to set something up.

“By the time that that happened, by the time I was going to have that surgery, the pandemic hit,” the 37-year-old continued. “That set everything back a lot. So, it got to a point where finally surgeries opened back up. And in December, I had a partial knee replacement.”

Pedroia spent the entirety of 2020 (spring training, summer camp, regular season) away from the Red Sox and instead spent time with his family at home in Arizona.

“I’m glad none of you guys got a chance to see me. I wasn’t in a good place,” he said. “I grinded every day just to be able to play with my kids and just live a normal life. My knee was bad, and I’m a young guy.

It took approximately a week after the surgery for Pedroia to be able to walk with no pain in his knee, but he is still dealing with the repercussions from the operation now.

“In December, I had the surgery, and a week later, I could tell that I could walk without pain,” said the four-time All-Star. “I can basically do everything now except run. I can’t run anymore, which is fine. I don’t need to run. Once I had the surgery, nobody has played with a partial knee replacement because of the fear of it breaks and the rest of my life would be severely impacted by it.”

With this in mind, Pedroia’s playing career effectively came to an end, which at the time was frustrating considering the fact that the former American League MVP had put together back-to-back solid campaigns in his age-32 and -33 seasons in 2016 and 2017.

“I think the hardest part was I felt like I was in my prime and understanding how to play the game as I got older,” Pedroia stated. “2016 was one of my best years, and the first month of ’17 I was rolling right along and one play kind of derailed a lot of that and threw all of us in a pattern we were trying to find a way to get out of.”

That one play, of course, would be when former Orioles infielder Manny Machado slid into Pedroia’s left knee during the eighth inning of a game in Baltimore on April 21, 2017.

Pedroia still managed to play 105 games in 2017 despite that play, but offseason surgery that winter all but marked the end of his playing career despite several valiant efforts to return.

“After all of our trainers and doctors and everybody… We saw everybody and we did it together and we heard the news that it wasn’t possible to play with this,” he said. “So, when the cards are stacked against you, I tried — we all tried to do everything possible to continue to play. And I’m proud of that and I’m proud of the way that our trainers helped me and the doctors and everybody.”

As hard as he tried to come back from injury by playing in three games in 2018 and six in 2019, Pedroia reached a point where his body could not keep up any longer, and that came when he underwent partial knee replacement late last year.

“But it wasn’t physically possible for me to continue to play baseball with a partial knee replacement,” said Pedroia. “So once I got that done, I knew. And the team has been great at leading me in the right directions on things to do and how to get better. And just to be better for my everyday life. Because I’m only 37 years old and I’ve got a long way to go.”