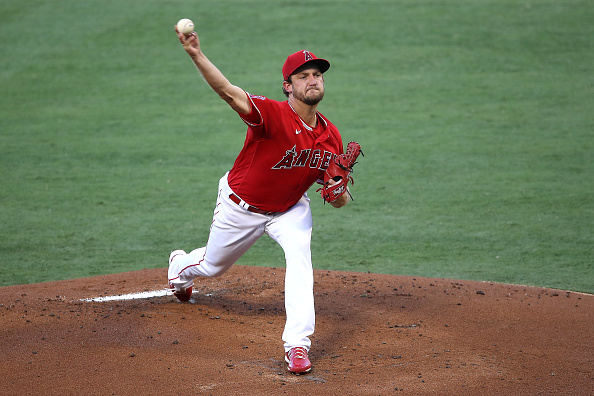 The Red Sox have signed free-agent right-hander Matt Andriese to a one-year contract, the club announced Wednesday afternoon. The deal also includes a club option for 2022.

Andriese, 31, spent the 2020 season with the Angels, posting a 4.50 ERA and 4.06 xFIP over 16 appearances (one start) and 32 innings of work. He was non-tendered by Los Angeles on December 2, effectively making him a free agent.

Prior to his time with the Halos, Andriese spent a season and a half with the Diamondbacks as well as three and a half seasons with the Rays.

With Tampa Bay, whom acquired him from the Padres in January 2014, the former third-round draft selection appeared in a total of 99 games from the start of the 2015 season until July 2018, at which point he was dealt to Arizona.

With the Sox, Andriese could provide value as a swingman capable of both starting and pitching out of the bullpen when needed. Given the current state of Boston’s starting rotation, the addition of the California native comes at a sound time.

Per Baseball Savant, the UC Riverside product operates with a five pitch mix that consists of a four-seam fastball, a changeup, a curveball, a cutter, and a sinker. He relied on his four-seamer and changeup the most this past season

According to MassLive.com’s Chris Cotillo, Andriese, who is entering his third year of arbitration eligibility, will earn a base salary of $1.85 million in 2021. The club option for 2022 is worth $3.5 million and includes a $250,000 buyout.

All in all, Andriese will make $2.1 in guaranteed money, though incentives and escalators, which will be based on number of innings pitched, could bring the total value of this contract up to $7.35 million over two years.

On another note, the Red Sox were able to sign Andriese to a major-league deal in the first place because the club placed catcher Deivy Grullon on waivers.

The 24-year-old backstop has since been claimed by the Reds, meaning the Sox’ 40-man roster is currently at full capacity.