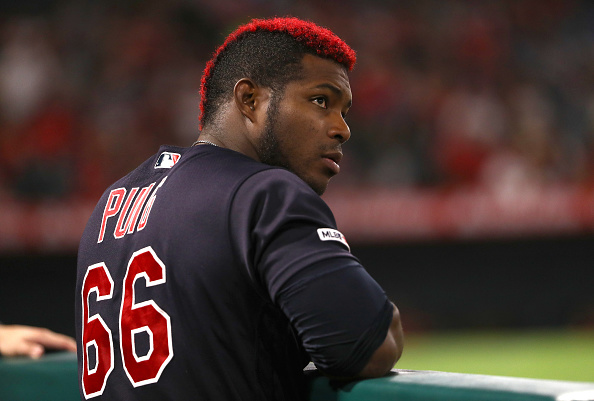 The Red Sox are one of three teams that have free-agent outfielder Yasiel Puig “on their radar,” according to MLB.com’s Mark Feinsand.

Per Feinsand, the Astros and Orioles are the other two clubs interested in signing Puig, “though others could also be in the mix.”

Puig, who turns 30 next month, did not play Major League Baseball at all in 2020. He initially agreed to a one-year deal with the Braves in July, but that pact fell through just three days later on account of his testing positive for COVID-19.

Since that time, the Cuban born outfielder has remained relatively quiet, most recently signing with agent Rachel Luba of Luba Sports earlier this week.

That decent showing made it seem as though Puig would be an enticing free agent for clubs last winter, but that turned out to not be the case.

Now, after a challenging 2020 in which he could not play Major League Baseball at all, Puig is ready to get after it once more.

“2021, Puig will be ready,” he said Tuesday via Twitter. “I am willing to put in the work and I am going after the total win!”

This is far from the first time the Sox have been linked to Puig. Back in early July, MLB Network’s Jon Heyman reported that Boston had been mentioned as a possibility to sign the All-Star before he wound up agreeing to that short-lived deal with Atlanta.

Before that, going back to the 2017 offseason, the Red Sox reportedly turned down a trade proposal from the Dodgers that would have sent Jackie Bradley Jr. to Los Angeles and Puig to Boston.

With Bradley Jr. currently out of the picture on account of him being a free agent, the Sox find themselves in need of outfield help in some capacity.

Chief baseball officer Chaim Bloom has hinted that the club’s preference would be to add an outfielder who is capable of playing center, something Puig has not done since 2016.

Still, as Bloom said earlier this month, the Red Sox “can’t be too rigid and miss good opportunities” while exploring the trade and free agency markets.

Would bringing in a motivated Puig on a one-year, major-league deal laden with incentives be one of those “good opportunities” Bloom described? Perhaps.