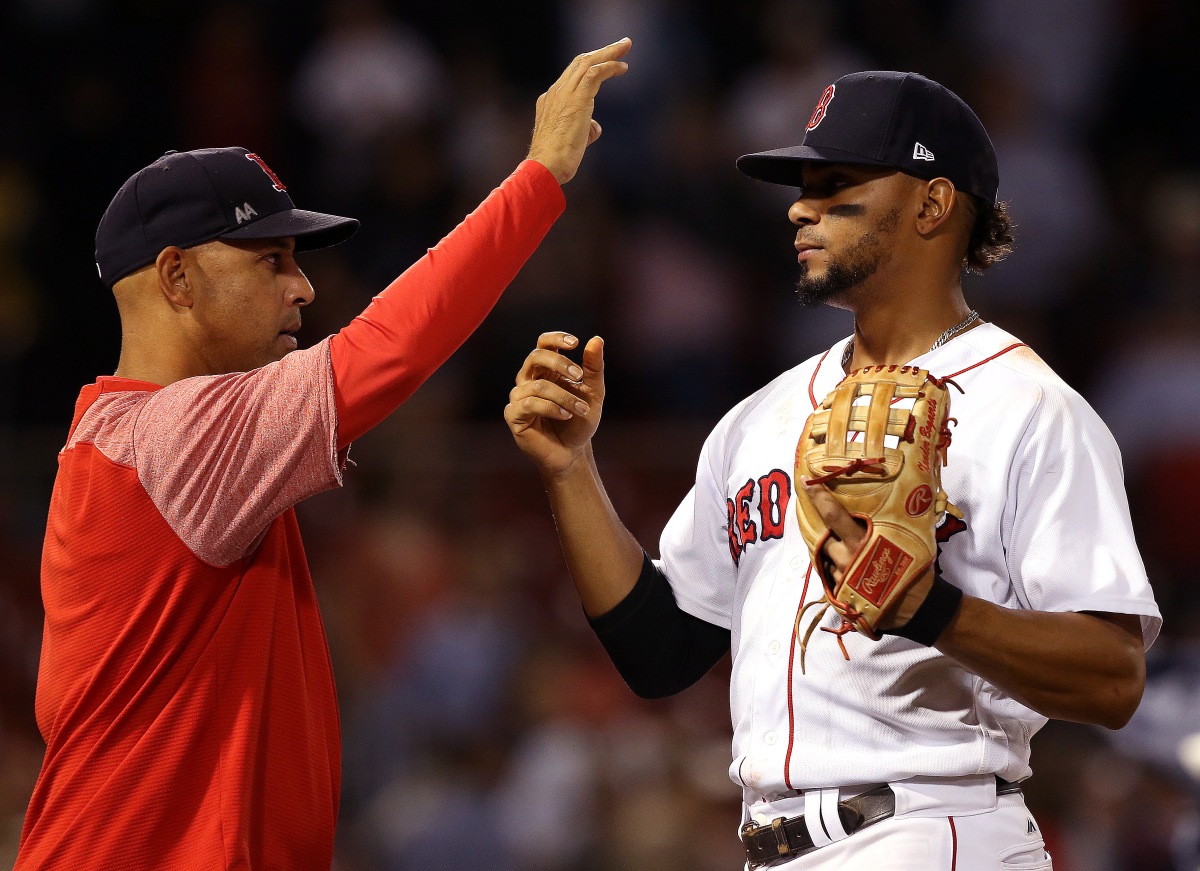 Xander Bogaerts has proven to be one of the best shortstops in all of baseball in recent years, but that’s not stopping Red Sox manager Alex Cora from wanting more out of the 28-year-old moving forward.

Impressive offensive production, per usual. However, the Aruban-born infielder put up rather unimpressive defensive numbers, as has been the trend since he made his first career Opening Day roster back in 2014.

Among 20 qualified major-league shortstops this past season, Bogaerts ranked 19th in Defensive Runs Saved (-5), which essentially means he cost the Red Sox five runs, and 13th in Ultimate Zone Rating (0.3).

Going back to 2014, the two-time All-Star has posted negative DRS totals in each of his last seven seasons with Boston, per FanGraphs.

The Red Sox, with Cora back at the helm, would like to see Bogaerts put it all together and become just as adequate with the glove as he is with the bat in his hands.

“Xander, for instance, when you talk about about the shortstops around the league and now you add [Corey] Seager to that equation, he’s up there with them,” Cora said of Bogaerts when speaking with NESN’s Tom Caron earlier this week. “Maybe the next step for us is to push Xander to be a better defender — and he’s not a bad defender — but to become an elite defender.”

This isn’t the first time Cora has brought up Bogaerts’ need to improve defensively, either. The Sox skipper said something along these same lines at least year’s winter meetings in San Diego.

Now that he is back, perhaps Cora will get on his shortstop in a similar fashion to the way he got on Rafael Devers in 2019. Of course, Devers has his own defensive kinks to work out, and Cora spoke about that process with Caron, too.

“With Raffy, we know what we have to work with,” he said. Expect both Bogaerts and Devers to be a focal point at the start of spring training in February.