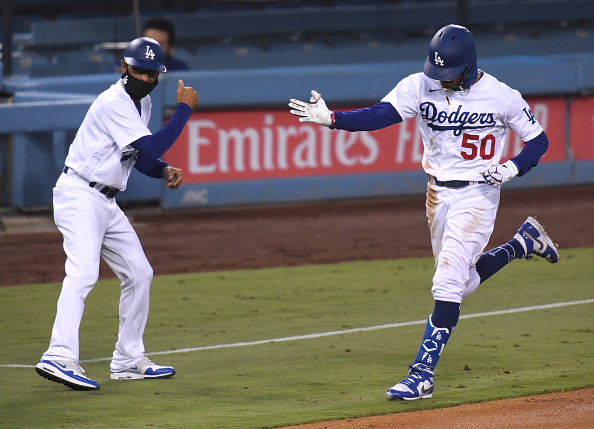 Hours after the Red Sox suffered their most embarrassing loss of the season to this point, Mookie Betts put together his best offensive outing for the Dodgers out in Los Angeles.

Facing off against the Padres at Chavez Ravine Thursday night, the former Sox star belted three home runs as part of a four-hit, five-RBI performance in an eventual 11-2 win for his side.

In crushing three homers, which came in the second, fourth, and fifth innings, Betts became just the third player in major-league history with SIX career three-home run games under his belt. The other two? Johnny Mize and Sammy Sosa.

At just 27 years old, Betts has already compiled 17 career multi-homer games in his relatively young career, with Thursday’s showing being his first as a member of the Dodgers.

“It’s obviously a great feeling to know you can go up and just hit and not worry about the rest of it,” Betts said during his postgame media availability. “These times don’t happen very often, so you just enjoy it while it’s here.”

They say time heals all wounds, but as long as Betts continues to dazzle with the Dodgers, I do not think Red Sox fans are going to have an easy time of things accepting this new reality, especially when their team will likely finish the year with one of the worst records in the American League.