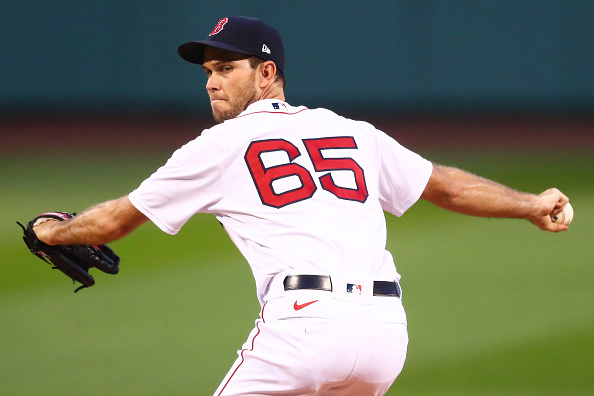 Before taking on the Toronto Blue Jays on Saturday, the Red Sox swapped one right-handed pitcher for another, as the club recalled Dylan Covey from their alternate training site in Pawtucket and in a corresponding move, optioned Ryan Weber.

Covey, who turns 29 next week, will be making his second stint with the Sox after allowing two runs over two innings of relief in a 7-2 loss at the hands of the Baltimore Orioles on July 25. The California native was sent down to Pawtucket shortly after his team debut with the goal of getting him stretched out in mind, manager Ron Roenicke said at the time.

Weber, meanwhile, entered the 2020 campaign as the Sox’ No. 3 starter but struggled in that role, most recently surrendering two runs in just three innings of work against the Blue Jays on Friday night.

With Weber off the major-league roster for the time being, it will be fascinating to see how the Red Sox approach the vacancy in their starting rotation. Roenicke will likely have more to say about that later Saturday.