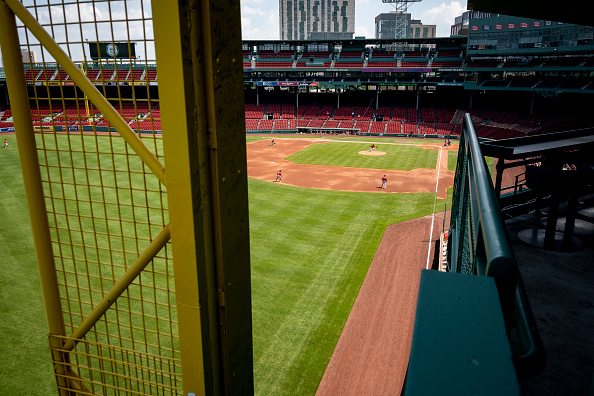 Before *hopefully* opening the truncated 2020 season against the Baltimore Orioles at Fenway Park on July 24th, the Red Sox will host the Toronto Blue Jays in a pair of exhibition games on July 21st and 22nd.

Per the schedules on their respective web sites, the Blue Jays will play exhibition games against the Red Sox at Fenway Park on July 21 and 22.

The games are listed at 7:30 p.m., which suggests they will be on NESN.

As The Boston Globe’s Pete Abraham mentions in the above tweet, both Summer Camp games are scheduled to begin at 7:30 p.m. eastern time, so they will both likely be aired on NESN since the Sox decided to push back the start time of home night games for whatever reason.

Red Sox manager Ron Roenicke said earlier Thursday that the team would have an announcement about playing in exhibition game(s) against another club within the next few days.

Major-league clubs are allowed to play up to three exhibition games before the start of the 2020 season. Unless something gets scheduled fairly soon, it appears that Boston will stick to two preseason contests against the Jays at Fenway Park.

Not that it matters in the grand scheme of things, but this news somewhat reminds me of when the Sox traveled to Montreal for a pair of exhibition games hosted by the Blue Jays four years ago, right before the start of the 2016 season.