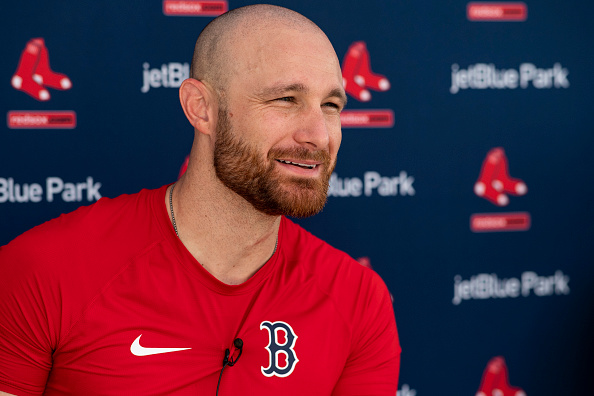 The Red Sox have added veteran catcher Jonathan Lucroy to their player pool for the resumption of MLB spring training, or Summer Camp, as a non-roster invitee. The club announced the transaction earlier Thursday.

The #RedSox today added catcher Jonathan Lucroy to their Club Player Pool. He will participate in Major League Summer Camp as a non-roster invitee. pic.twitter.com/wuPVWzhxil

With the addition of Lucroy, the Red Sox now have 48 out of a possible 60 players in their Summer Camp Pool. 11 of those players, which now includes Lucroy, are non-roster invitees.

Lucroy, who turned 34 last month, originally inked a minor-league deal with Boston back in February and looked to compete with Kevin Plawecki for the backup catcher spot before the COVID-19 pandemic shut spring training down in March.

Since that time, the Florida native was not added to the Sox’ initial 47-player roster pool this past Sunday, but that was only for procedural reasons. More specifically, according to The Boston Globe’s Alex Speier, there were “issues related to [an] opt-out to work through” before the Red Sox could add him to the pool.

Those issues have since been worked out, however, and now Lucroy represents the sixth catcher to be added to the Sox’ Summer Camp roster pool. Other backstops who will participate include Christian Vazquez, Kevin Plawecki, Jett Bandy, Juan Centeno, and Connor Wong.

With all MLB clubs allowed to have 30 players on their active roster to begin the 2020 season later this month, teams will likely take advantage of that and carry three catchers to start things out. That being said, Vazquez, Plawecki, and Lucroy are all likely locks to make Boston’s Opening Day roster.