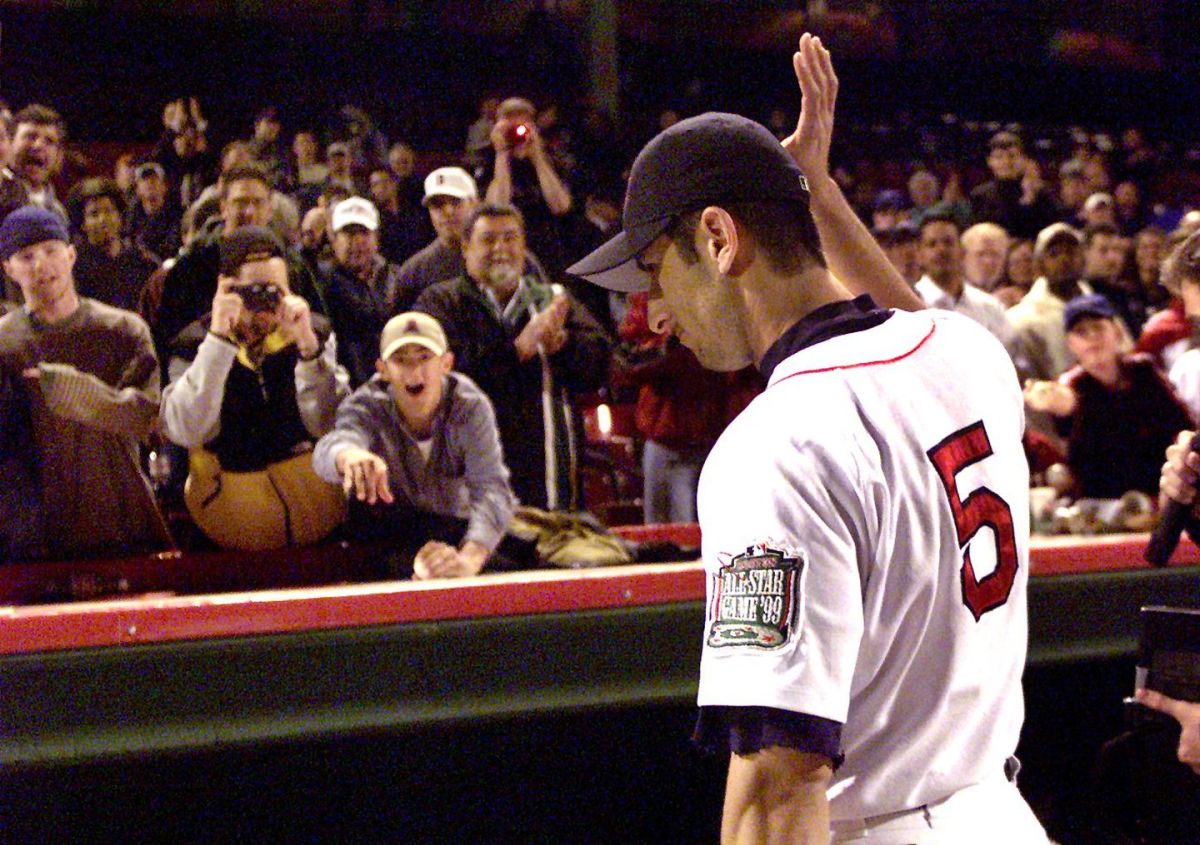 On this day in 1999, Red Sox shortstop Nomar Garciaparra had a performance for the ages in a Monday night game against the Seattle Mariners at Fenway Park.

Playing in front of just 21,660 fans at America’s Most Beloved Ballpark, the best position player on the 1999 Red Sox went 3-for-4 with three home runs, two of which were grand slams, and 10 runs driven in.

That first slam came right away in the bottom half of the first inning, when after being given an early one-run lead, Mariners starter Brett Hinchcliffe allowed the first three men he faced to reach base, putting up Garciaparra in a prime position.

On the third pitch he saw from Hinchcliffe, the 25-year-old Garciaparra deposited a 2-0 fastball into the visitor’s bullpen for his third home run of the season, this one being a grand slam to put his side up 4-1.

Fast forward to the third, after Brian Daubach had led things off against Hinchcliffe with a double up the middle, Garciaparra answered the call once more as he once again took the M’s right-hander deep to right field for a two-run blast which gave the Sox a 6-2 edge over Seattle.

And in the eighth, ‘Nomah’ put an exclamation point on his historic night by coming through with the bases loaded again, this time against Mariners reliever Eric Weaver.

Weaver and Garciaparra’s duel didn’t even last that long, as the 1997 American League Rookie of the Year punished the first pitch he saw from the right-hander and sent it well over the then-seatless Green Monster for his third and final home run of the night.

His third big fly, and second grand salami, resulted in the Red Sox jumping out to a 12-3 lead, which would be more than enough for Boston to secure the eventual 12-4 victory a half inning later.

“It was amazing,” Garciaparra told reporters after the game. “I’ve never hit three home runs in a game before – not in Little League, college, nowhere. I’m glad I waited until the big leagues to do it.”

By hitting two grand slams at Fenway Park, Garciaparra became the first to accomplish that feat at his home ballpark. His 10 RBI that night were also the most by a Red Sox player in a single game since 1975.

The Red Sox improved to 17-14 on the season following the 12-4 victory over Seattle.

Garciaparra would go on to finish seventh in American League MVP voting that year after winning the batting title and slashing .357/.418/.603 with 27 home runs and 104 RBI over 135 games played.