Where were you on the evening of June 23rd, 2001? Personally, I was less than two months away from turning three years old, so I was probably sleeping or doing something else a toddler would do.

Despite ultimately falling to Toronto by a final score of 9-6 on that Saturday night, two of those six Boston runs came on two individual swings of the bat from Manny Ramirez.

In the bottom half of the first inning, the 29-year-old slugger crushed a 1-1 offspeed pitch from Blue Jays starter Chris Michalak deep to left-center field that wound up deflecting off a Fleet Bank sign. Statcast did not exist at this time, but per the NESN broadcast, the ball traveled an estimated 463 feet.

Fast forward to the third, and Ramirez was at it again against Michalak, this time absolutely demolishing a 1-0 pitch from the left-hander and sending it to the top of the leftmost light tower way above the Green Monster.

“How in the world are they going to measure how far this thing has gone?” said NESN’s Jerry Remy.

Had that light tower not been there, that ball was surely headed for the Mass Pike. But, since there was no real official landing spot with the deflection and all, the mammoth shot was estimated to have traveled 501 feet, one foot short of Ted Williams’ 1946 mark (the red seat). 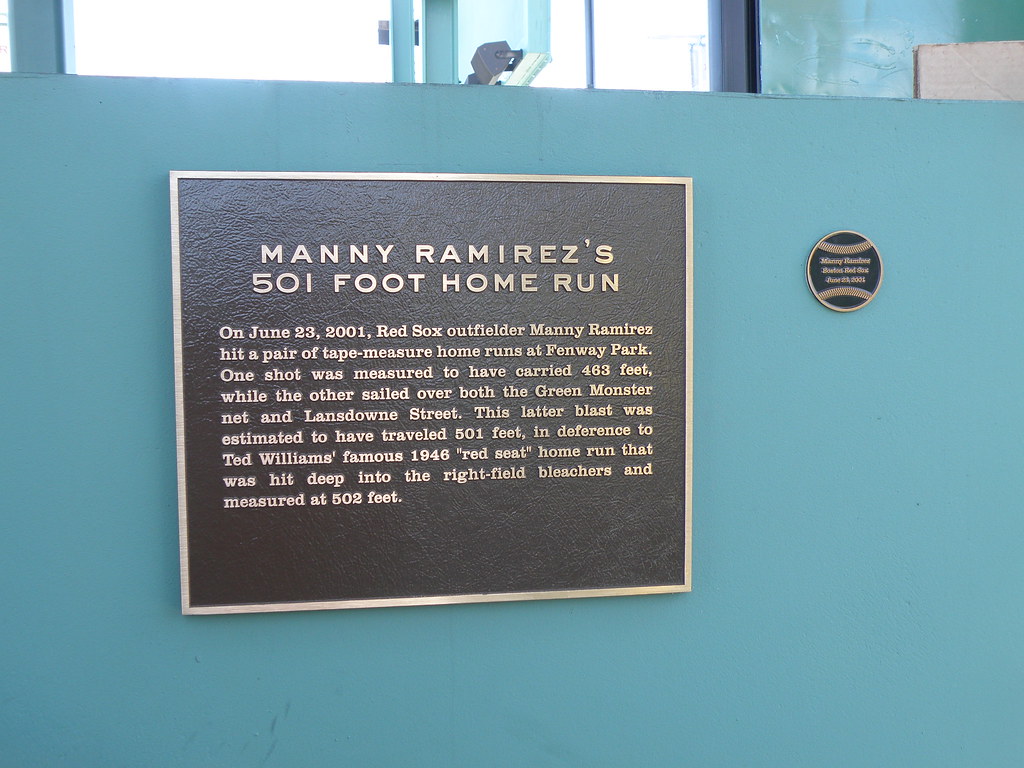 All in all, those two big flies traveled an estimated total distance of about 964 feet. Not too shabby in what was the fourth of five multi-homer contests for Ramirez in his inaugural season with the Red Sox 19 years ago.

In that first year with Boston, Ramirez, who signed an eight-year, $160 million deal as a free agent the previous December, would go on to finish ninth in American League MVP voting while winning his fourth Silver Slugger award after slashing .306/.405/.609 with 41 home runs and 125 RBI over 142 games played.