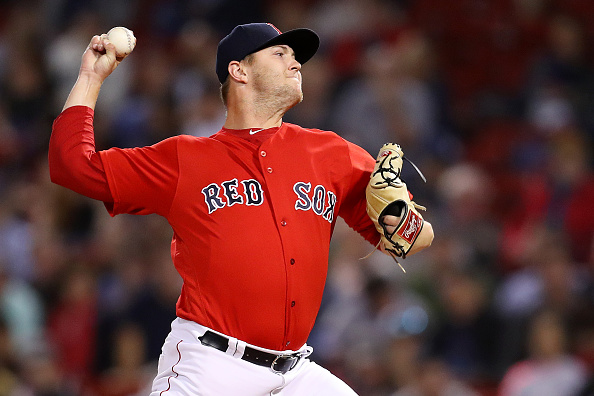 After acquiring left-handed reliever Matt Hall from the Detroit Tigers earlier Friday, the Red Sox have designated right-handed reliever Travis Lakins for assignment in order to make room for Hall on the club’s 40-man roster.

Lakins, 25, made his big-league debut last April and went on to post a 3.86 ERA and 5.22 xFIP over 16 appearances (three starts) and 23 1/3 innings pitched spanning five different stints with the Sox.

Once ranked as highly as the No. 8 prospect in Boston’s system by MLB.com back in 2016, the former 2015 sixth-round pick out of Ohio State opened some eyes towards the latter part of the 2019 season.

There, serving as an “opener” for the Sox in September, Lakins combined to allow a total of two hits and two walks over 5 2/3 innings of work in his first three career major-league starts.

That impressive showing made it seem as though the righty may be on his way tovying for an expanding role in the Red Sox’ bullpen come the spring, but that does not appear to be the case now.

Instead, if Lakins is not traded or released within the next seven days, he will more than likely be outrighted to Triple-A Pawtucket and still get an invitation to major-league camp in February.