Red Sox catching prospect Elih Marrero has been handed down a 50-game suspension by Major League Baseball for violating the Minor League Drug Treatment and Prevention Program. Per a press release, the 22-year-old tested positive for the banned stimulant Amphetamine. 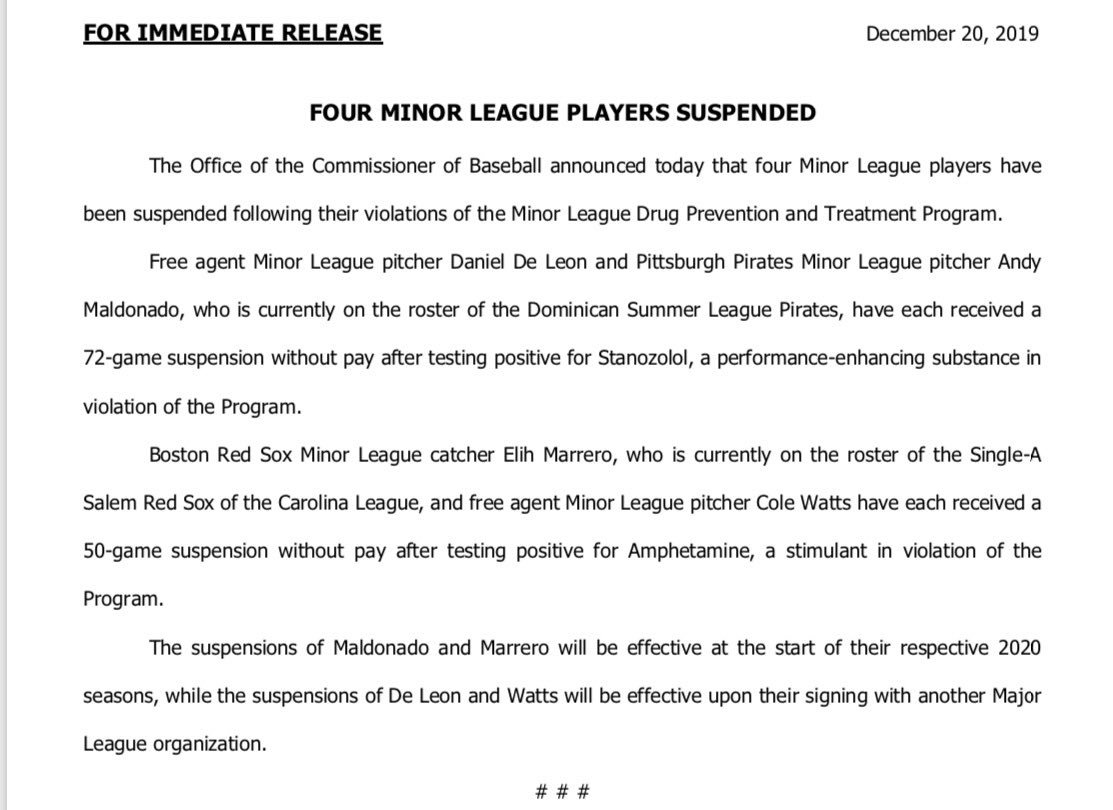 Selected by Boston in the eighth round of the 2018 amateur draft out of St. Thomas University in Miami Gardens, Fla, Marrero slashed .205/.267/.311/ with one home run and 18 RBI over 35 games between Low-A Lowell and High-A Salem this past season.

Per SoxProspects.com, Marrero is ranked as the No. 6 catching prospect in the Sox’ farm system.

With Salem placing Marrero on the restricted list Friday, the switch hitting backstop is set to miss the first 50 games of their season, meaning he would not be eligibe to return until late May.