Crawford’s MiLB.com page appears to indicate the promotion as well. 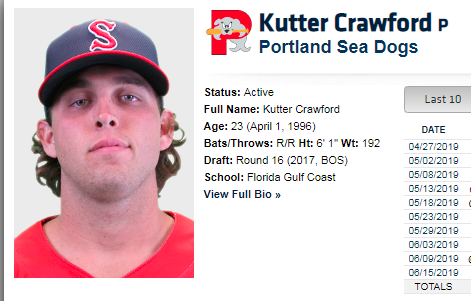 Ranked as Boston’s 19th best overall prospect and seventh among right-handed pitchers, Crawford put together a first half of the 2019 season worthy enough of a Carolina League All-Star bid with High-A Salem, where he posted a 3.39 ERA and .262 batting average to go along with 77 strikeouts and 30 walks over 14 starts and a total of 69 innings pitched.

Per MLB.com’s and SoxProspects.com’s scouting reports, Crawford seems to best profile as an option out of the bullpen rather than the starting rotation once he hits his ceiling. There’s still plenty of time for the young righty to prove otherwise, though.