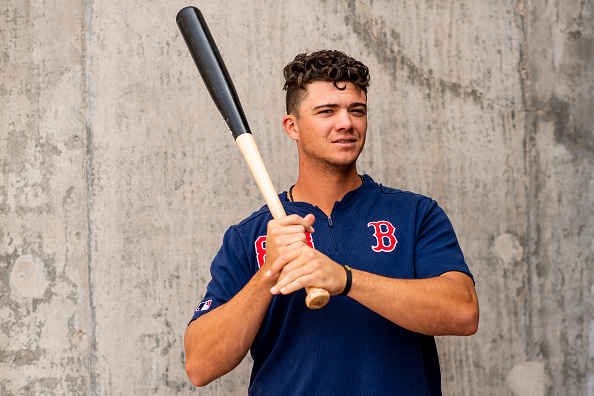 While the Red Sox have been in the midst of a five-game winning streak, perhaps you haven’t seen or heard what the club’s third-ranked prospect Bobby Dalbec has been up to lately with Double-A Portland.

Over his last two games, the 23-year-old has mashed four home runs, three of which came in an 8-7 loss to the Trenton Thunder on Saturday, and the fourth coming in a 5-2 win over the Hartford Yard Goats Monday night.

Taken by Boston in the fourth round of the 2016 amateur draft, Dalbec got off to a bit of a slow start with the Sea Dogs after being invited to Red Sox big league camp for the first time earlier this spring.

As recently as May 3rd, the University of Arizona product was slashing just .189/.362/.311 with two home runs and nine RBI on the season, but has since heated up in a monumental way.

Since the beginning of last week, May 6th, Dalbec has gone 9-for-his-last-19 to go along with five homers and nine RBI, raising his slugging percentage to a respectable .519 in a five-game span.

Dalbec was named Eastern League Player of the Week for May 6th-12th on Monday.

Given the amount of infield depth the Red Sox have at the moment, it seems unlikely that we’d see the Dalbec make his big league debut in 2019, but a promotion to Triple-A Pawtucket sometime this summer does seem in reach for Dalbec if this offensive run persists.