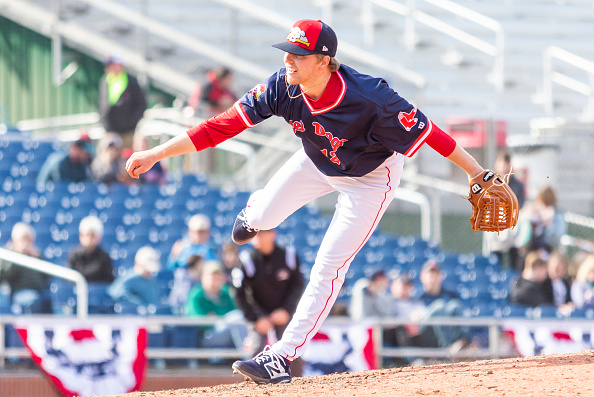 While the big league club was in the middle of getting stomped by the New York Yankees in an 8-0 rout Tuesday night, Red Sox pitching prospect Durbin Feltman put together another impressive performance for the Double-A level Portland Sea Dogs.

Facing off against the Reading Fightin Phils, an affiliate of the Philadelphia Phillies, the 2018 third round pick struck out a pair in a scoreless eighth inning in a 5-2 loss for the Sea Dogs.

Since allowing one run on one hit and two walks in his Double-A debut on April 5th, Feltman has actually retired the last nine hitters he faced dating back to April 7th, lowering his ERA to 2.25 and batting average against to .083 on the Eastern League season.

Ranked as Boston’s 12th best prospect as per MLB.com, the Texas Christian product could very well get a shot in the majors depending on how the rest of the year pans out for the Red Sox.

Feltman even caught the attention of manager Alex Cora earlier this spring.

“He’s a work in progress,” the Red Sox skipper said following a perfect ninth inning from the 21-year-old hurler back on March 21st. “But he’ll be a good one.”

Set to turn 22 on Thursday, Feltman is definitely a prospect you should keep your eye on.