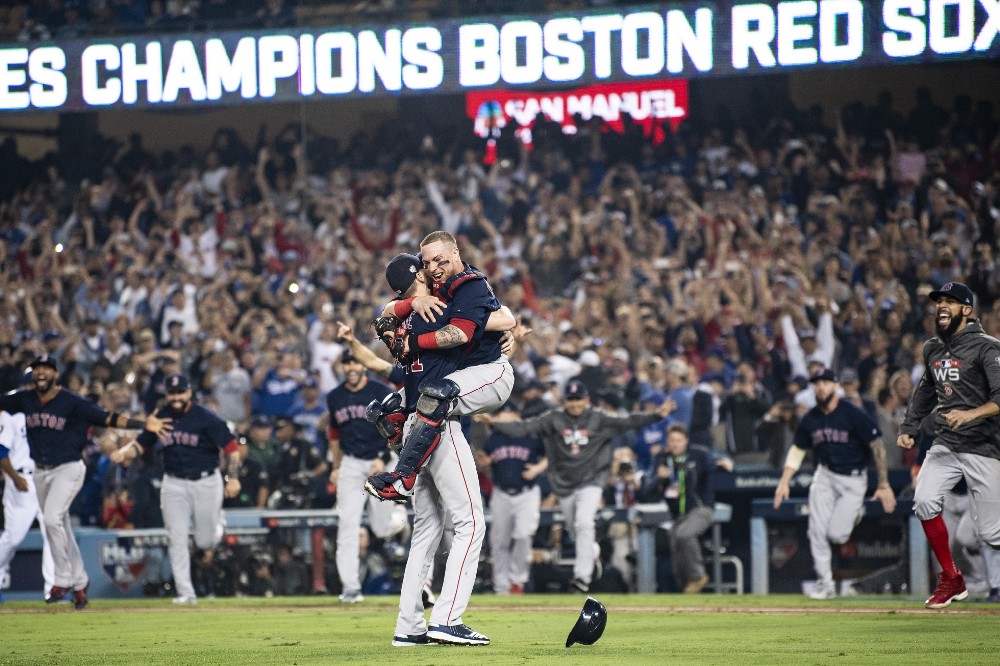 As 2018 comes to a close, I figured it was a good time to reflect on what was one of, if not the greatest year in Boston Red Sox franchise history.

A record-setting 108 regular season wins followed by an impressive 11-3 run in the postseason en route to the club’s ninth World Series title following a 5-1 win over the Los Angeles Dodgers in Game Five.

Mookie Betts was named 2018 American League MVP, the first time a Red Sox player has received that honor since Dustin Pedroia in 2008.

After waiting until February to finally sign a five-year, $110 million contract, JD Martinez went ahead and led the junior circuit in RBI (130) and total bases (358) to go along with 43 home runs in hs first season with Boston.

Jackie Bradley Jr.’s defensive prowess was finally recognized with his first ever Gold Glove Award. The 28-year-old outfielder also came through with multiple clutch at bats in the ALCS against the Houston Astros on his way to being named the series’ Most Valuable Player.

Steve Pearce was acquired from the Toronto Blue Jays in June to provide a platoon with Mitch Moreland at first base and hit his way to becoming the MVP of the World Series after slashing .333/.500/1.167 with three homers and eight RBI in five games.

David Price put his postseason demons behind him to the tune of a 2.59 combined ERA in the ALCS and World Series, including seven-plus innings of one run ball against the Dodgers in that faithful Game Five.

And finally, Chris Sale, after dealing with left shoulder issues for the majority of the second half of the season, came in to close things out in the ninth inning of Game Five and win his team their fourth World Series title in the last 15 years.

So, without further or due, here are the final three outs of the 2018 World Series. Enjoy and Happy New Year.