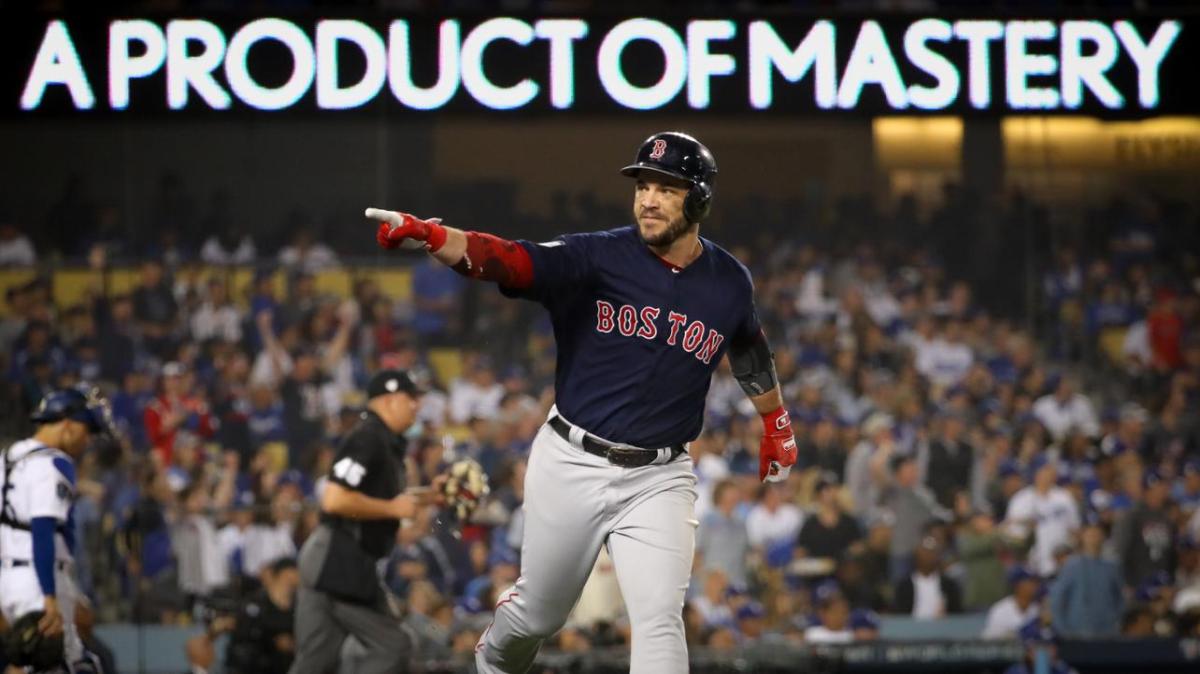 The Red Sox announced Friday evening that they had come to an agreement with first baseman Steve Pearce on a one-year, $6.25 million contract through the 2019 season.

The #RedSox today signed first baseman Steve Pearce to a one-year contract through the 2019 season. pic.twitter.com/q82gMEozvm

Pearce, 35, was acquired by Boston from the Toronto Blue Jays back on June 26th in a two-player deal.

A soon to be free agent, the journeyman infielder made his presence felt immediately with his new club, as he finished the 2018 campaign with a solid .279/.394/.507 slash line to go along with seven home runs and 26 RBI over 50 games in a Red Sox uniform.

More importantly, Pearce came through with multiple clutch performances in October, including a two-homer night in the fifth and deciding game of the 2018 World Series, which ultimately led him to being named the Fall Classic’s Most Valuable Player.

Let's just take a minute to enjoy the work of @WayneTwentyOcho.

“We’re thrilled to have Steve back with us for another year as we think he’s a great fit for our club,” said President of Baseball Operations Dave Dombrowski. “Obviously, we all saw what kind of impact he can have on the field, especially with the Postseason that he had. He also provides good depth and balance from the right side for us.”

Entering his 13th year in the big leagues in 2019, the Florida native will more than likely take on the same platoon role he had at first base with Mitch Moreland over the latter half of the 2018 season.

On the business side of things, the $6.25 million Pearce will earn in 2019 is the same amount he earned in both of the last two seasons with the Blue Jays and Red Sox.

With Pearce now taken care of, here’s a list of the remaining free agents who ended their year with Boston: