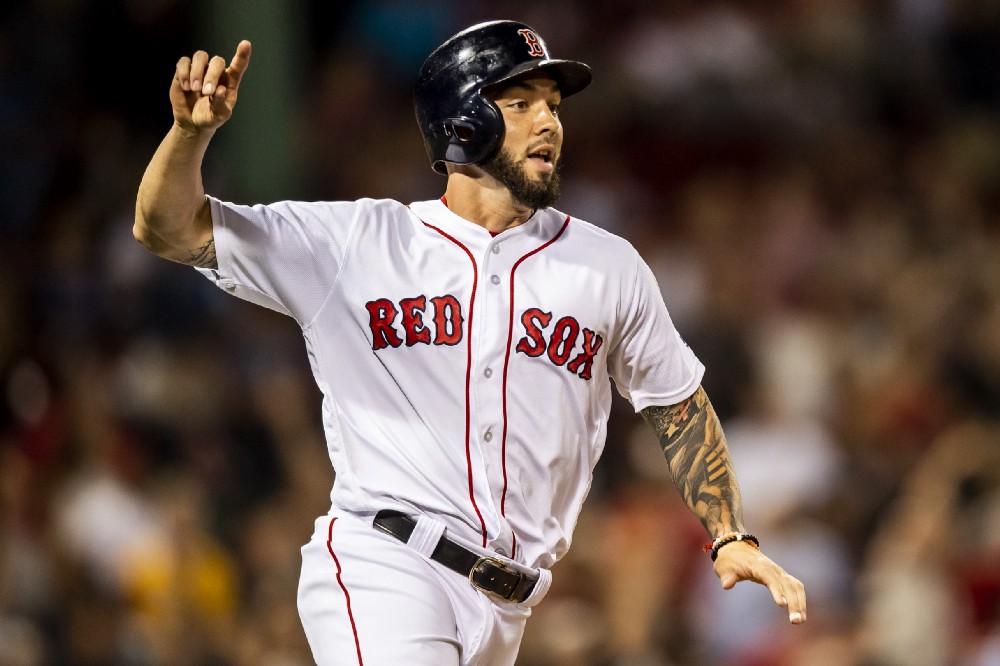 The #RedSox today returned C/UTL Blake Swihart from his rehab assignment with Short-A Lowell and activated him from the 10-day disabled list. To make room for Swihart on the active roster, C Dan Butler was designated for assignment.

Missing the past 10 days with a right hamstring strain, Blake Swihart is officially back after the Red Sox activated him from the 10-day disabled list on Tuesday.

In the last game he played with the big league club against the New York Yankees on August 2nd, the catcher/utility man had to leave in the top of the seventh inning in an eventual 15-7 win for the Red Sox.

Later diagnosed with a strain in his right hamstring, Swihart was placed on the 10-day disabled list that Friday morning, but Alex Cora seemed confident that he was not going to miss that much time and he did not.

As part of the rehab process, Swihart appeared in one game for Low A Lowell this past Sunday where he started at catcher in batted third in the Spinners lineup.

In three at bats against the Brooklyn Cyclones, the 26-year-old failed to reach base while striking out once before being replaced in the seventh inning.

Despite the results, or lack thereof, the Red Sox must have been happy with what they saw out of Swihart and his right hamstring, because he is back with the team today in Philadelphia.

The 2018 season has not been easy on Swihart. Given the lack of playing time early on, the trade rumors, and then the hamstring injury this month, hopefully the final month and a half of the regular season will be better for the Texas native, because it certainly looked like he was hitting his stride prior to the DL stint.

Since the Red Sox placed Christian Vazquez on the 10-day disabled list on July 8th with a right finger fracture, which opened up more opportunities for Swihart to catch, the former first round pick is slashing .324/.378/.529 with one home run and two RBI over his last 10 games.

With a two-game interleague series set to begin today in Philadelphia for the Red Sox, it would not surprise me if Swihart saw some pinch-hitting opportunities in the pitcher’s spot in the lineup this week.

To make room for Swihart on the 25-man roster, Dan Butler, who caught two games for Boston against the Orioles last weekend, has been designated for assignment.

First pitch of tonight’s game against the Phillies is scheduled for 7:05 PM ET.